The Server is out of space. Onedrive for Business

With the recent 1TB upgrade of user personal storage on Microsoft Office 365 you have lots of space to play with… this is a great thing.   However last week I ran into a weird issue where I was uploading about 20 large files (not over the 2GB limit).   All went well, but on just three of the files, I hit this error: 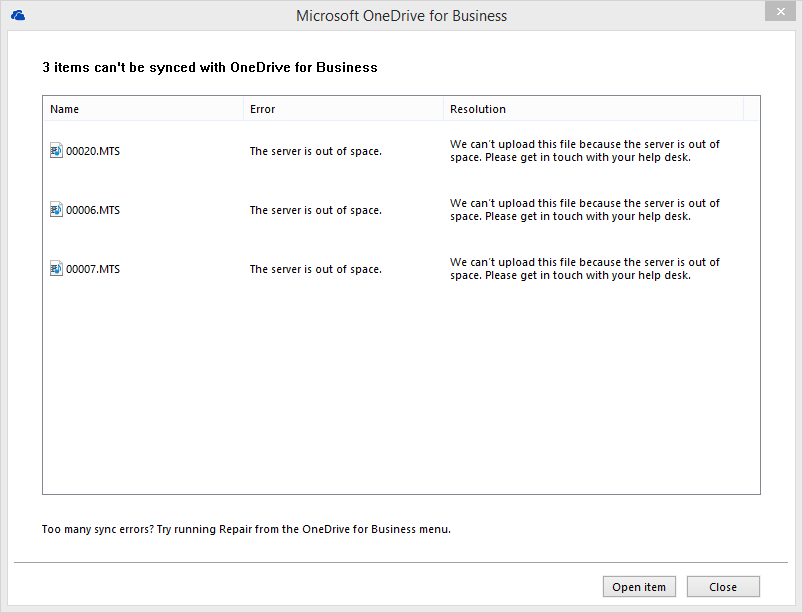 Instead of doing my usual “hit the repair button”,which re-syncs the entire library after taking a local backup, I decided to speak to Microsoft Technical support because I didn’t want just the fix, but also the reason.   It turns out that sometimes Onedrive for Business has a bit of a meltdown with large amounts of large files into the storage online.    The message “The server is out of space.” is not true, but the sync client thinks it to be.

The solution for me was to remove the three files to a normal folder on the PC.   Check that Onedrive for Business reported up to date, then add the files back one by one.     Then the uploaded completed and all is well.

← Needle in a haystack – Azure benefits for Partners
Robin Williams →

3 Replies to “The Server is out of space. Onedrive for Business”